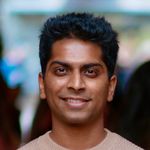 Founder & CEO, Hathora.dev
All the cloud providers advertise the performance of their network as a selling point, but there isn’t much publicly available data that meaningfully measures cross-regional latency. So, we decided to write our
Over the years, much has been written on the internet about developing multiplayer games. However, there is surprisingly little information available when it comes to deploying and managing production game infrastructure. Given the
More multiplayer games are being developed than ever before, but building & launching a successful online multiplayer game remains one of the most notoriously difficult endeavors in the software world. The biggest challenges developers